5 books about Juneteenth for kids 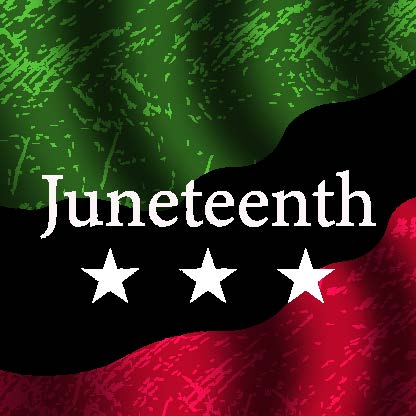 We’re proud to celebrate Juneteenth here at HopSkipDrive, as we strive to provide equal access to education and other opportunities for everyone. Juneteenth is a national holiday observed on June 19th every year in recognition of the end of slavery in America.

Also known as Black Independence Day and Emancipation Day, it was first celebrated on June 19, 1865, in Galveston, Texas, when soldiers brought news that the Civil War had ended — and that those who had been enslaved were now free.

The date June 19th is largely symbolic in nature: African-American slaves had actually earned their right to freedom almost two and a half years earlier, when the Emancipation Proclamation was issued by President Abraham Lincoln on January 1, 1863.

Juneteenth is representative not only of the end of slavery but also of the ways in which freedom for Black people was inhibited and delayed. It is a day that serves as a potent reminder that “nobody is free until everybody is free,” and of the ongoing need for continued reflection, learning and efforts to support true equality and freedom for all.

To help educate the next generation about this very important day, we’re highlighting five notable children’s books that explore this historic and meaningful day.

1. All Different Now: Juneteenth, the First Day of Freedom 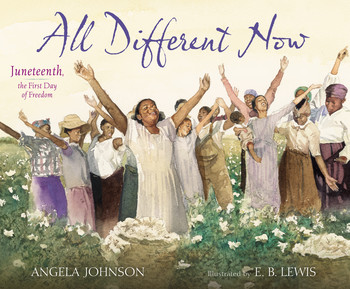 Fittingly written in free-verse poetry, this book focuses on an enslaved family in Texas as they learn about their new-found freedom. Watercolor illustrations and historical information make it a well-rounded and pleasurable read for the eyes and the ears. 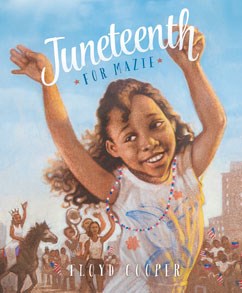 In this picture book featuring captivating oil-wash illustrations, young Mazie learns about her ancestors’ past struggles and triumphs as she prepares to celebrate the joy behind the meaning of Juneteenth. 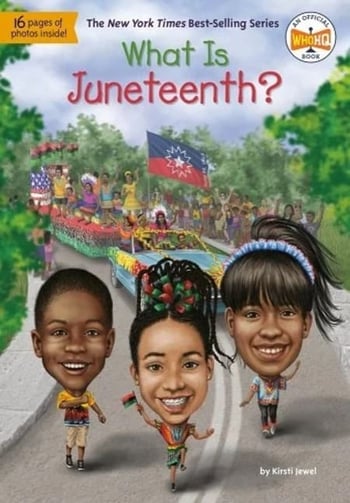 This nonfiction book is part of Penguin Random House’s Who HQ history series. Featuring black-and-white illustrations and a 16-page photo insert, this informative book chronicles the history of Juneteenth through stories both past and present.

4. Opal Lee and What It Means to Be Free: The True Story of the Grandmother of Juneteenth 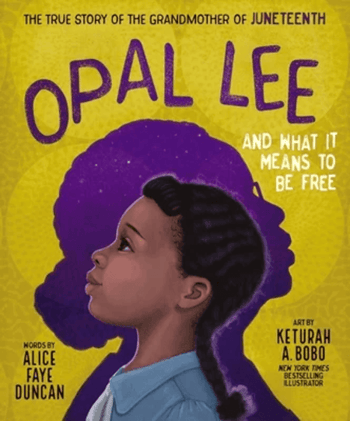 By Alice Faye Duncan, art by Keturah A. Bobo

Featuring the illustrations of New York Times best-selling illustrator Keturah A. Bobo, this inspiring true story celebrates the life and legacy of a modern-day Black leader while sharing a message of optimism, fortitude, unity and joy.

5. The Story of Juneteenth: An Interactive History Adventure 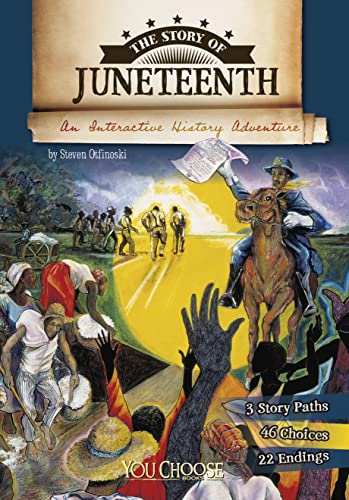 In addition to an in-depth historical introduction, this book provides a unique take on educating children about Juneteenth. By allowing readers to choose from three different stories, the book enables readers to empathize with formerly enslaved people and better understand the experiences they had navigating their new freedom.