Hispanic Heritage Month: 5 Hispanic figures who have impacted the field of education

In honor of Hispanic Heritage Month, which takes place from September 15th to October 15th every year, we’re highlighting the lives and work of five high-profile figures with Hispanic roots whose contributions have made a positive and lasting impact on the field of education.
These outstanding individuals share HopSkipDrive’s belief in the importance of helping all children reach their full potential. We do it by creating opportunity for all through mobility, which helps to ensure equitable access to education, extracurricular activities and other opportunities that lead to lifetime success. The five Hispanic notables featured below have championed the needs of children in other ways through such things as teaching, public policy, educational leadership, art and activism — paving the way for children everywhere to learn, grow and flourish.
Read on to learn about how the experiences, efforts and unwavering determination of these five Hispanic icons have influenced the field of education and changed the world for the better.

Miguel Cardona was sworn in as the United States Secretary of Education on March 2, 2021, by Vice President Kamala Harris. With a Hispanic heritage that is self-described as “half Guatemalan and half Portuguese,” Cardona was the first Latino Commissioner of Public Education in Connecticut. Before that, he spent more than two decades working as an elementary school teacher and a principal.

Cardona’s upbringing in the projects in Meriden, Connecticut, has informed not only his career but also the work he’s gone on to do as an education leader. He spoke only Spanish when he first attended school as a child, giving him unique insight into the experience of the roughly five million students who identify as “English language learners” across the country today.

Teaching Hispanic heritage in schools has been an important priority for Cardona, who worked to expand cultural diversity in Connecticut’s public school curriculum in 2020. “Historically, the experience of the Latinos or the experience of the African Americans has been omitted or left out of American history,” he reported at the time. “What we want to do is provide the opportunity for all students to learn about the contributions of Latinos and African Americans in a way that enables them to see that they do add to the fabric of our country and what we have today, and that they are part of American history.”

Educational equity has continued to be a focus for Cardona since he was sworn in as the U.S. Secretary of Education — as has the reopening of schools after widespread school shutdowns last year due to COVID-19.

Said Cardona in a June 24, 2021, statement about the Department of Education’s current policies and priorities: “It’s important to remember that once we fully reopen schools, we still have work to do. Our job will not be done. Generations of inequity have left far too many students without equitable access to high-quality, inclusive learning opportunities. Education can be the great equalizer — it was for me — if we prioritize, replicate, and invest in what works for all students, not just some.”

In 1945, Chile-born Gabriela Mistral (a pseudonym for Lucila Godoy y Alcayaga) was awarded the Nobel Prize in Literature — making her the first-ever South American to receive this prestigious honor. According to NobelPrize.org, she earned this award for her “lyric poetry which, inspired by powerful emotions, made her name a symbol of the idealistic aspirations of the entire Latin American world.”

Before gaining notoriety as an accomplished poet, she began a teaching career in Chile at the young age of 15, after which she traversed the country teaching elementary and secondary school for more than a decade. Throughout her life, her work in education always remained a focus. She held important positions in — and had a measurable impact on — the educational systems of both Chile and Mexico. She also contributed her extensive knowledge and talents to the field of higher education as a teacher of Spanish literature at Columbia University, Vassar, Middlebury College and the University of Puerto Rico.

According to an in-depth biographical article about Mistral by Santiago Daydí-Tolson of the University of Texas at San Antonio, Mistral was a genuine altruist who “defended the rights of children, women, and the poor; the freedoms of democracy; and the need for peace in times of social, political, and ideological conflicts, not only in Latin America but in the whole world.”

Mistral's Hispanic heritage had an important influence on her work, as did her focus on the well-being of children, which is clearly affirmed in this famous quote from her: “Many things we need can wait. The child cannot. Now is the time his bones are formed, his mind developed. To him we cannot say tomorrow, his name is today.”

Her love of children was also a central element in much of her poetry, as is the case in her poem "The Shining Host."

The Shining Host
By Gabriela Mistral

In vain you try
To smother my song:
A million children
In chorus sing it
Beneath the sun!

In vain you try
To break my verse
Of affliction:
The children sing it
Under God!

The inspiring work of Bolivian-born Hispanic-American educator Jaime Escalante is widely known, partly because it was the focus of the 1988 feature film Stand and Deliver. Escalante believed passionately in helping children reach their full potential, and his teaching approach was focused on holding all students to high standards.

In the 1970s and 1980s, as a math teacher at East Los Angeles’s Garfield High — known at the time for violence, gangs and drugs — Escalante used unconventional tactics to motivate his Mexican-American students to learn AP-level calculus. Urging them to devote all of their free time to studying, he started an advanced math program that required students to show up for school an hour early and stay after school to gain mastery of the material.

The results of his dedication and devotion to these students was impressive: In 1982, every single student in his AP calculus class passed the AP test. When the testing company questioned the results and accused his students of cheating, Escalante — certain that racism (based on the students’ Hispanic heritage and low-income backgrounds) was at play — advocated for his students, and convinced them to retake the test to prove their capabilities. Once again, in a clear demonstration of the effectiveness of Escalante’s teaching approach, every single student passed.

The significant and lasting impact of Escalante’s life and work was explored in detail in the 1988 book, Escalante: The Best Teacher in America. Inducted into the National Teachers Hall of Fame in 1999, he received many awards for his contributions to education, including the Presidential Medal for Excellence in Education, a Hispanic Heritage Award and a Great Immigrant Award from the Carnegie Corporation. In 2016, the U.S. Postal Service honored his contributions to education by releasing a commemorative stamp bearing his image.

Equitable access to education is a theme that has played a role in Alexandria Ocasio-Cortez’s life from a very early age. Her parents moved from the Bronx, New York, to an area 30 minutes north so their children would have a better public school education. Even as a child, the disparity of the opportunities available to her versus her cousins — who remained in the Bronx — made an impression on her.

While studying economics and international relations at Boston University and interning for the late Senator Ted Kennedy, she got an up-close and personal view of the devastating effects on families who were being separated by ICE. This experience directly led to her desire to work with and help organize Latinx youth in the Bronx and across the country. As the Educational Director of the National Hispanic Institute, she worked with DREAMers and undocumented youth to help prepare them for college and roles in community leadership.

Running a grass-roots campaign with a platform focused on social, racial and economic justice, Ocasio-Cortez became the youngest woman — and youngest Latina — to ever serve in Congress in January of 2019. She was sworn in for a second term in January of 2021.

The belief that everyone has the right to an affordable, high-quality education has been a cornerstone of Congresswoman Ocasio-Cortez’s work. “I believe that every American should have stable, dignified housing; health care; and education,” she has stated. “The most very basic needs to sustain modern life should be guaranteed in a moral society.”

Since taking office, Ocasio-Cortez has advocated for full federal funding towards educational programs such as Head-Start and TRIO, which help to ensure support and equitable access to affordable pre-K and college-level education for everyone. She is also a proud sponsor of the Student Debt Cancellation Act, which aims to forgive federal and private student loan debt for all previous and current students.

The discrimination that eight-year-old Sylvia Mendez experienced due to her Hispanic heritage (she is of Mexican and Puerto Rican descent) was the focus of the landmark school desegregation case Mendez v. Westminster. What started out as her parents fighting for her right to attend an “all-white” school became a class-action lawsuit filed on behalf of more than 5,000 Mexican-American students in Orange County, California.

Mendez’s own educational journey culminated with her earning a bachelor’s degree in nursing and a public health certificate from California State University at Los Angeles. She went on to enjoy a fulfilling career as a pediatric nurse for more than 30 years.

Now a civil rights activist, she has spent the last couple of decades traveling to schools across the country educating students about the desegregation movement and its vital role in the history of the United States.

“The Latino students who are dropping out of high school need to know that Latinos have always fought for education,” she said. “And that’s something to be proud of.”

In 2011, Mendez received the Presidential Medal of Freedom from President Obama for her “advocacy for educational opportunity for children of all backgrounds and all walks of life.” Fittingly, Mendez’s impact on the field of education was memorialized in 2018 when an elementary school in Berkeley, California, officially changed its name to the “Sylvia Mendez Elementary School.”

Helping students get ahead with career and technical education (CTE) 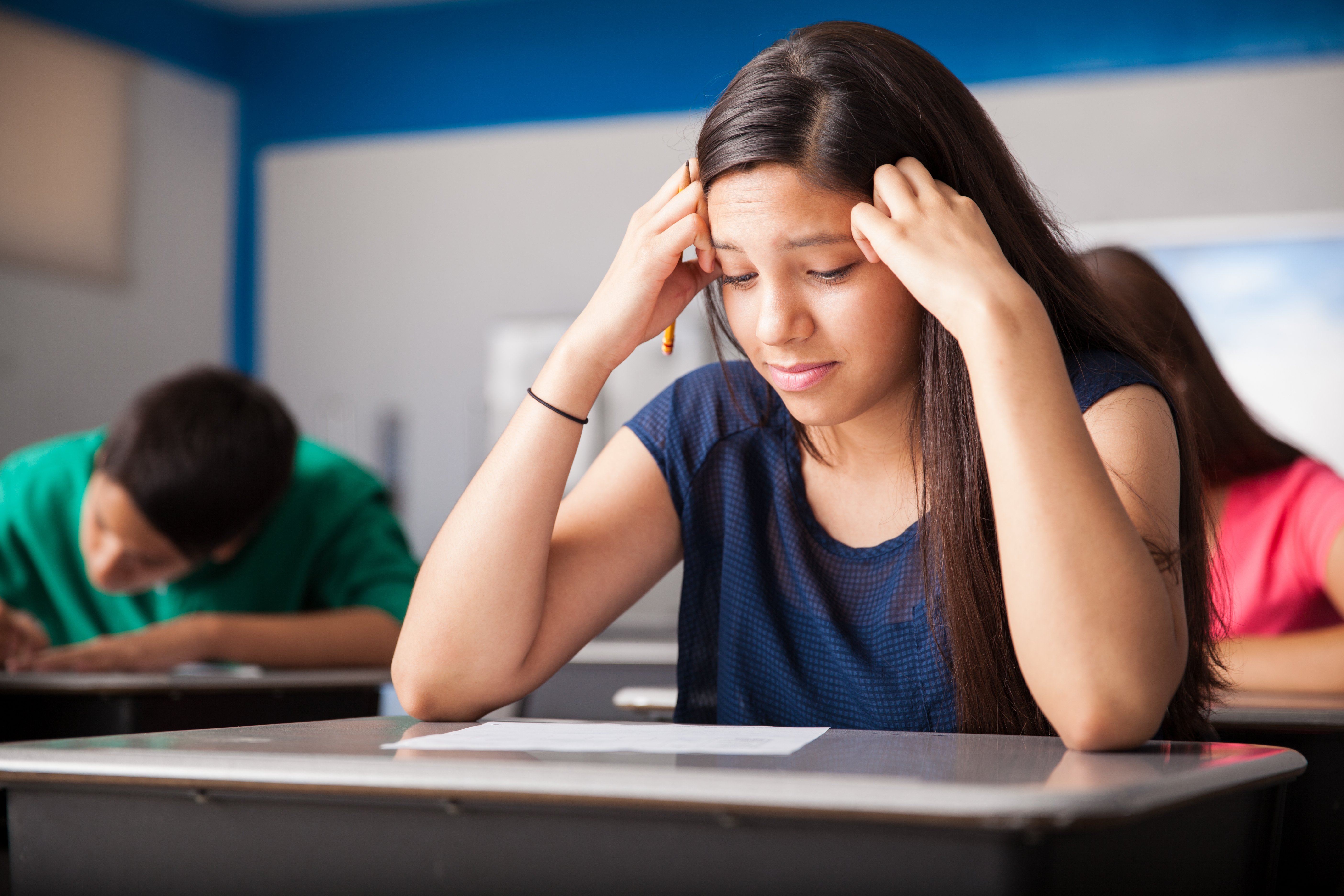