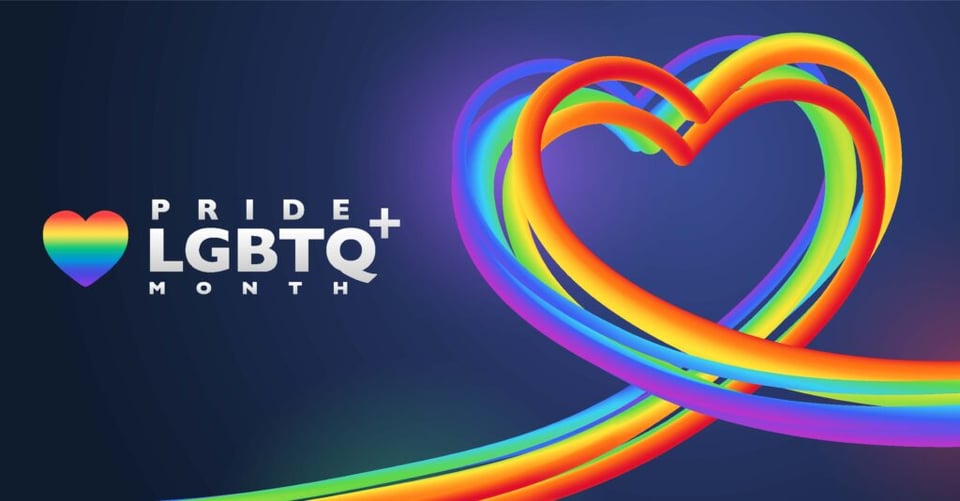 Our mission at HopSkipDrive is to create opportunity for all. As part of that mission, we stand committed to building a culture of equality by respecting diversity, promoting inclusivity, and embracing different perspectives and experiences.

Every year in June, Lesbian, Gay, Bisexual, Transgender and Queer (LGBTQ+) Pride Month is observed in honor of the 1969 Stonewall riots in Manhattan — which launched the modern gay rights movement in the United States. Pride Month is, at its heart, a celebration of the bravery, dignity and self-respect of those who have fought to overcome discrimination and be fully accepted for who they are.

In recognition of Pride Month, we’re highlighting five prominent LGBTQ leaders whose lives, accomplishments and fortitude made a lasting impact on the LGBTQ rights movement. 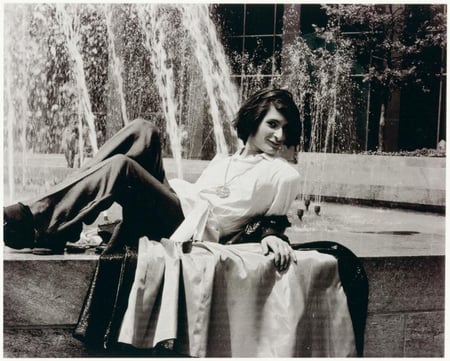 As a 17-year-old Puerto Rican-Venezuelan transgendered woman, Sylvia Rivera made her mark on history in 1969 when she and other patrons of a Greenwich Village gay bar refused to sit quietly during a police raid. Their confrontation with police, which became known as the Stonewall riots, is credited with igniting the gay rights movement in America.

A lifelong advocate for the rights of all who have been marginalized by mainstream society, Rivera was influential in forming the Gay Liberation Front and the Gay Activist Alliance. Throughout her life, she fought against the exclusion of transgender people — especially transgender people of color, who were often ignored as part of the larger gay rights movement. “We have to be visible,” Rivera is quoted as saying. “We should not be ashamed of who we are.”

Around 1971, Rivera (along with Marsha P. Johnson; see below) founded the Street Transvestite Action Revolutionaries (STAR) to address issues facing New York City’s transgender community. Although only 19 at the time, Rivera looked after the occupants of STAR House, which provided lodging to many of the homeless trans youth who needed it.

The work Rivera did is carried on today in many incarnations, including through the nonprofit Sylvia Rivera Law Project (SRLP). Founded in 2002, SRLP “works to guarantee that all people are free to self-determine gender identity and expression, regardless of income or race, and without facing harassment, discrimination or violence.” 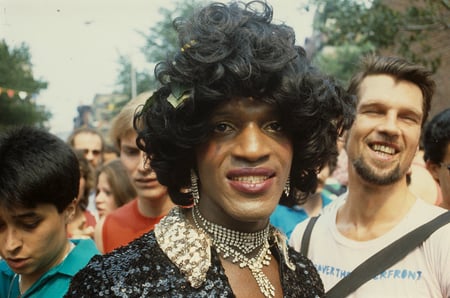 A gay liberation activist and pivotal figure in the Stonewall uprising of 1969, Marsha P. Johnson was an outspoken advocate for gay rights, a self-identified drag queen, a performer, and a survivor. Born and also known as Malcolm Michaels Jr., Johnson was a founding member of the Gay Liberation Front, as well as a co-founder (with friend Sylvia Rivera) of the radical activist group Street Transvestite Action Revolutionaries (STAR).

A well-known presence in New York City’s gay and art scene, Johnson was famously featured in Andy Warhol’s 1975 Polaroid series about drag queens and trans women of color, Ladies and Gentlemen. “If a transvestite doesn’t say I’m gay and I’m proud and I’m a transvestite,” said Johnson, “nobody else is going to say it for them.”

In 2019, the Marsha P. Johnson Institute was founded to offer support to “BLACK trans people who are resisting, grappling with survival, and looking for community.”

An ambitious civil and human rights leader, Harvey Milk became one of the first openly gay elected officials in the United States in 1977, when he was elected to the San Francisco Board of Supervisors. By proudly positioning him as a gay candidate for public office, his campaign and subsequent victory became a beacon of hope for LGBTQ people everywhere at a time when prejudice and hostility were rampant.

Milk’s commitment to serving all constituents — not just LGBTQ people — made him a competent and likable administrator. His lofty agenda included the protection of gay rights, the establishment of day care centers for working mothers and the reconfiguration of outdated military facilities as low-cost city housing. At both the state and the national level, he spoke out about issues of concern for LGBTQ people, racial and ethnic minorities, women, and other marginalized communities. Sadly, his promising career ended abruptly on November 27, 1978, when he was assassinated less than a year after taking office.

“What set Harvey apart from you or me was that he was a visionary,” said Milk’s campaign manager, Anne Kronenberg. “He imagined a righteous world inside his head and then he set about to create it for real, for all of us.” In August of 2009, Milk was posthumously awarded the Presidential Medal of Freedom by President Barack Obama.

In March of 2021, Rachel Levine became the highest-ranking openly-trans official in the United States when she was confirmed as Assistant Secretary for Health for the Department of Health and Human Services. In this role, she works to support the well-being of all Americans while planning for a future in which every American can enjoy their health to the fullest. She also serves as the head of the U.S. Public Health Service Commissioned Corps — one of the country’s eight federal uniformed services.

Levine is a Fellow of the American Academy of Pediatrics, the Society for Adolescent Health and Medicine, and the Academy for Eating Disorders. During her previous tenure as the state of Pennsylvania’s Physician General and Secretary of Health, she took vital steps to address the state’s opioid crisis while also advocating for maternal health and increasing immunization rates among children.

In addition to her achievements in medicine and government, Levine is a gifted author and speaker on the opioid crisis, LGBTQ medicine, eating disorders and adolescent medicine.

Said Levine during Pride Month in 2021: “I will do everything I can to advocate for transgender and LGBTQ youth, to educate people and states about LGBTQ and specifically transgender issues, and to work toward fairness and equality.”

Known as “the hero of marriage equality” and an LGBTQ+ icon, Edith (“Edie”) Windsor succeeded in legitimizing same-sex marriage in the U.S. in 2013 by legally challenging — and defeating — the Defense of Marriage Act (DOMA).

For almost 50 years, Edith spent her life with her partner, Thea Spyer, who she legally married in Canada in 2007 — a marriage that was also recognized by the state of New York. When Spyer died in 2009, however, the federal government refused to legally recognize the marriage when Windsor filed her tax forms. The result: Windsor was expected to pay estate taxes in excess of $350,000.

Her legal battle, which made its way to the Supreme Court in 2012, was a landmark victory for same-sex marriage advocates. “Marriage is a magic word,” Windsor said. “And it is magic throughout the world. It has to do with our dignity as human beings, to be who we are openly.”

Building on the pivotal progress Edie made in her lifetime, the Edie Windsor and Thea Spyer Foundation champions health and education for the LGBTQ+ community through scholarships, donations and healthcare facilities.