All in the family

Mother and son Pearl Scarbrough and Apollos Cassian share more than a family tree. Both of them have an innate desire to help people — especially children — which is one reason why they were both drawn to the idea of becoming a HopSkipDrive CareDriver.

Read on to learn more about how providing a safe, supportive space for children as a CareDriver brings joy and a sense of fulfillment to both of their lives.

Pearl Scarbrough wasn’t looking for a life-changing experience when she became a HopSkipDrive CareDriver in Seattle in July of 2021 — she was looking to make some extra money. She had a well-established full-time career, after all, as a senior manager at a retail firm. But when she read something about HopSkipDrive online, she was intrigued. “I thought, well, I love kids. I work with youth at church, and it’s something I really enjoy. So I signed up.”

Once she started claiming rides, it didn’t take long for her to “get hooked,” as she describes it. “I remember the very first day that I went to pick up my first Rider. After getting settled in the car, she said ‘Can you play country music?’ And I said, ‘I can play whatever you want, as long as it’s clean.’ And we would listen to music and laugh together, and we would talk and she would tell me about her life. And she just became sort of like my permanent child. And I think that’s what got me hooked on it — her.”

It was obvious to Pearl from the get-go that being a HopSkipDrive CareDriver played to her strengths, and to her interests. “It kind of combined two things I really love — kids and driving,” she explains. “I like being in my car. I’ve been known to just get in my car and take a drive, and I don’t really care how far it is. My mom lives two hours away, and I’ll take a ride all the way down there to see her and then pick up [HopSkipDrive] rides all the way back.”

Pearl enjoyed the experience of connecting with children and making a difference in their lives as a CareDriver so much that she would tell friends and family all about it. “It’s just really something to be able to share something so special with somebody — to be able to be a positive part of their lives.”

It was this passion she had for being a CareDriver that got her son, Apollos, hooked himself. “My mom, she got me started by talking about her experiences. At that point, of course, I wasn’t doing it. And I would think, really? I mean, what is this? But she’d say, ‘I love the kids.’ And that sort of got me.”

The idea of helping kids was nothing new for Apollos, who worked as a youth pastor for a decade before becoming a CareDriver. Kindness and altruism come naturally to him, probably at least partially because it was modeled for him throughout his life. “When my kids were little, I would take in any kid who didn’t have a place to go,” says Pearl. “I would feed them, clothe them, hug them, tell them I love them. I think I’ve always had a heart for kids. So for me, it’s always been about that.”

“We both have a heart for youth and understand the struggles they face growing up,” Apollos elaborates. “And we both enjoy being able to be a safe place for them. It’s so important.”

In addition to his background as a youth pastor, Apollos has worked in a community center helping students in a computer lab. He’s also worked in a couple of homeless shelters, and is currently employed at one in Seattle. “I’ve always had the desire to reach out to people who are struggling or feel as though they’re on the outskirts of society.”

As a CareDriver, having this kind of innate drive to help people — and the ability to figure out how to forge a true connection with others — is invaluable. Both Pearl and Apollos have used music as a conduit, for example, to help them establish a bond with some of the students they have transported. “I have one girl I’ve taken a couple of times, she is completely non-verbal,” reports Pearl. “As the rides have continued, she’s become more attentive and has started to make noise. Yesterday when I picked her up, I played Christmas music and she was moving, doing her little thing.”

Apollos has had similar interactions, where he’s been able to use music as a bridge. “I picked up a student who was non-verbal but his teacher at school told me he likes listening to children’s music. So when I picked him up after that, I’d play kids’ songs and we’d sing Itsy Bitsy Spider, which he really liked, or Old MacDonald Had a Farm.”

Though they have only been HopSkipDrive CareDrivers for less than a year, both Apollos and Pearl seem to have an instinctive grasp of just how important communication and empathy are when transporting children. This is especially true for CareDrivers, since many HopSkipDrive Riders belong to vulnerable populations, such as students who are in foster care or experiencing homelessness or children with special needs.

“For me, the biggest thing I’ve learned is how to be a good listener,” says Apollos. “This is something anyone can learn — how to ask the right questions and then having some degree of discernment in terms of where to go from there. Sometimes, the youth that I pick up are living at a motel with their single parent or they’re coming from a foster home or they have some sort of trauma they’re dealing with. And that can create unique challenges. It’s really about listening, and figuring out what you can do.”

Being a natural empathic listener seems to be one of Apollos’s secret powers as a CareDriver. For Pearl, paying careful and deliberate attention to the children she drives — really seeing and acknowledging them for who they are — has enabled her to have meaningful exchanges that have had a positive and lasting impact in both their lives and hers.

Positivity, Apollos agrees, is crucial when interacting with Riders. “It’s important to emphasize, like my mom was mentioning, the things in their life that are going well or that are within their grasp to control — their talents, their gifts, things that they’re doing that are positive. It sort of provides a reminder to them that there’s hope, and that their life is valuable and appreciated.”

Talking to Pearl and Apollos, it’s not hard to see that the thing they both like most about being a CareDriver is simple: the kids. It’s also easy to pick up on the genuine enjoyment they get out of the experience themselves.

“It was a blessing for me to find HopSkipDrive,” says Pearl. If I’m going to do something, I like to find joy in it. And from the very first day, when I met my very first Rider, I thought, ‘Oh, this brings me joy.’ ”

Interested in earning money while making a difference as a certified HopSkipDrive CareDriver? 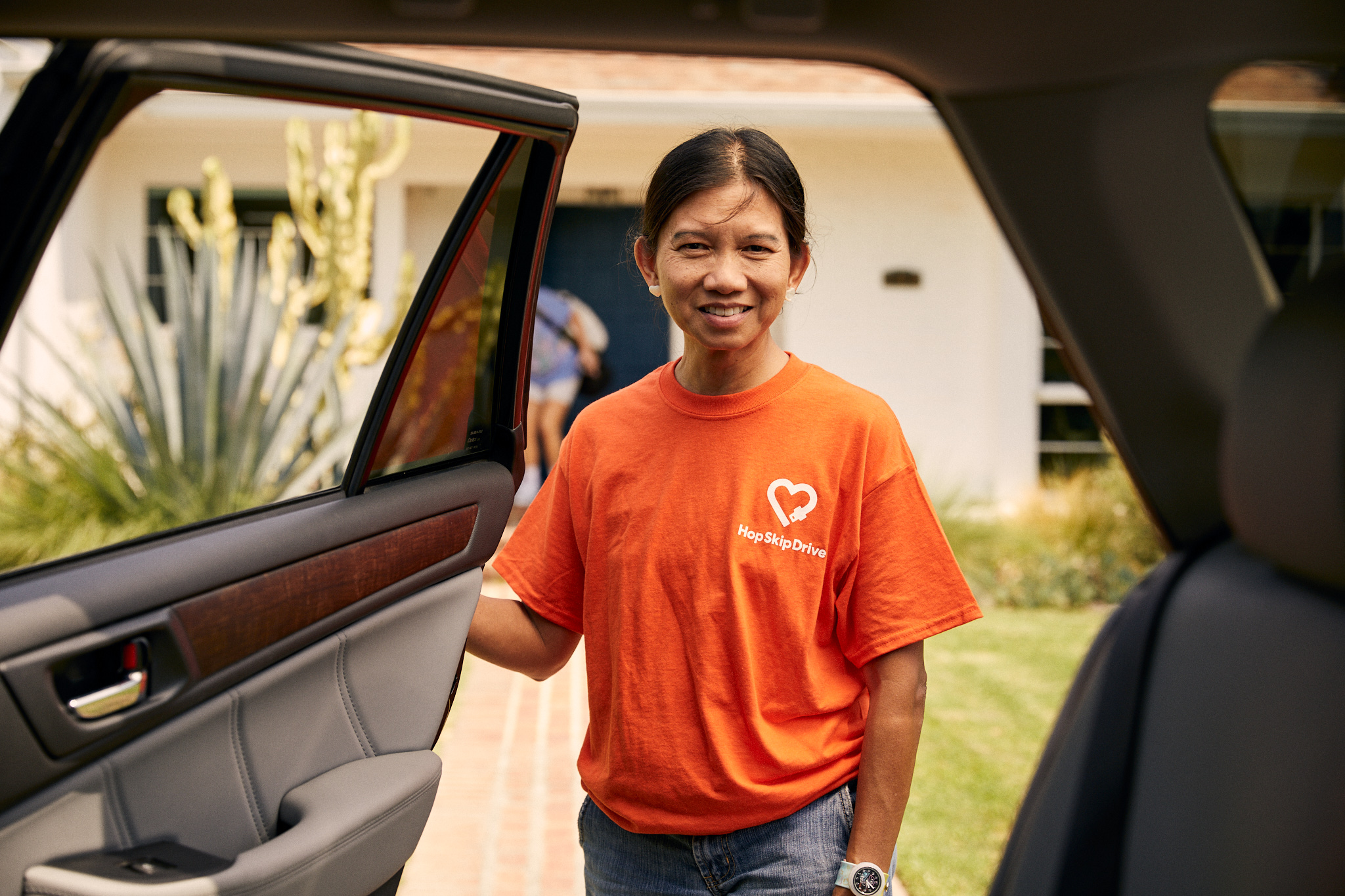 The role of the Primary CareDriver

How to have a successful ride